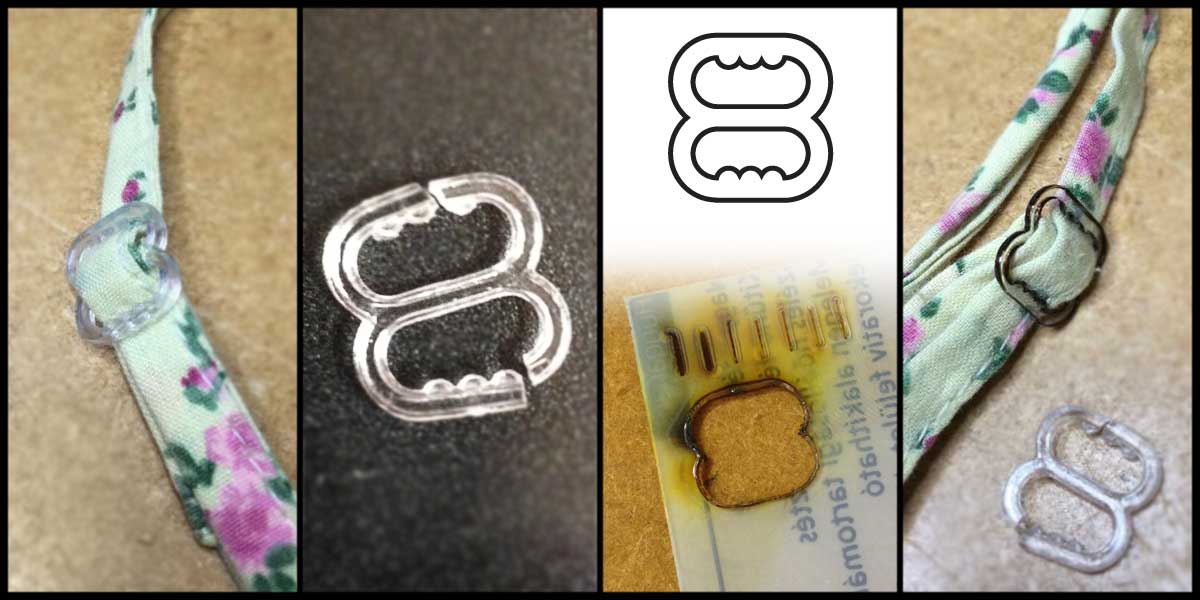 Tuesday evening was another busy evening at the makerspace with a lot going on and a couple of people visiting the space. It’s even possible that a theme emerged for the evening, which seems to have been the letter ‘P’.

Plans were hatched (including some for the Always The Sun festival in September), Phones were prodded, Polycarbonate was lasered, Prototype development boards were Programmed, and Pudding (okay technically a huge slab of brownie from Smokey Joe’s) was purchased.

The image at the top of today’s post shows a dress repair project (which is where the polycarbonate comes in). A new plastic strap slider thingumy was needed and they’re not something you can easily buy in small numbers.

As you can see the end result worked, but does look a little charred. Polycarbonate seems very smokey to cut, even having refined the setting to use two passes (85% power, 80mm/s). Dropping the power lower may help a bit for future attempts.

Anyway you can find out more about some of the plans (including raft building and non-planar video projection) on our Forum, or by dropping by. If you’d like to find out more about the brownie then I’d suggest coming to one of our Tuesday or Friday Open Sessions and stopping at Smokey Joe’s in the garden downstairs first.