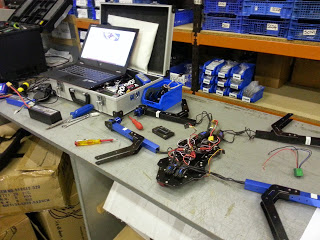 As usual a fun and active evening, plenty of chat, pizza and hacking!

Quadcopters are becoming bit of a thing at the hackspace, from tiny nano off the shelf copters to large home built machines. Mark’s was dismantled and work on to add lights. The front light was a G4 2W LED domestic bulb, which works surprisingly well, hopefully in weeks to come we’ll see pics of Mark’s copter a blinken and the rest of the SHH swarm! 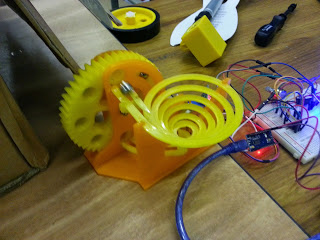 Duncan Has 3D printed a spiral mable run machine and developed his own arduino code to control it with a stepper motor. He is thinking of putting it into our display at the lightbox woking, if you haven’t been yet it’s well worth a visit. 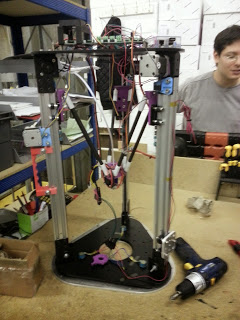 Mark’s own design delta printer is really catching everyone’s attention, he is now doing a beta build round with 3 other hackspace members. 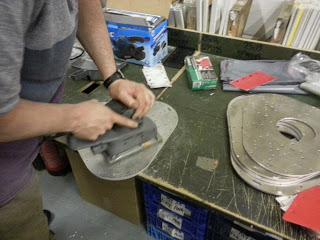 A beta delta builder at work sanding laser cut base and top plates, ready to be sent off to be powder coated, they will eventually look like the black parts in the picture above of the completed alpha printer. 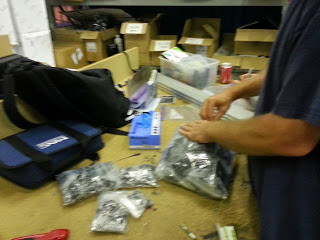 Another beta builder sorting components for their delta kits.