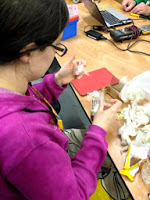 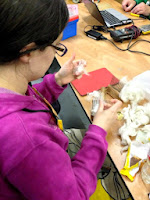 Claire was busily preparing some wool to spin (from a Merino/Shetland crossbred sheep called Lotty).

Robin was busy printing out parts of a heart shaped gear system, Paul was getting to grips with his Shrimp based Cylon circuit, and I was experimenting with OpenFrameworks. 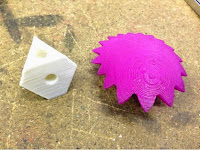 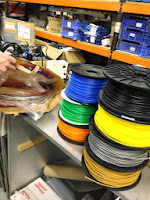