Posted on April 5, 2014 by Julian Warren Leave a comment 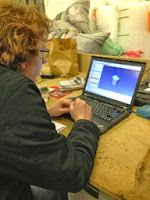 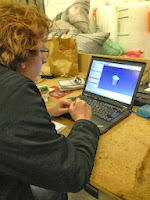 FreeCAD was out in force with Robin demonstrating how to get started to a number of interested 3D printer owners.
A number of the hackspace members have used OpenSCAD previously it’ll be interesting to see which software people end up using in the future.
Not content with just using FreeCAD to model 3D objects Robin was also putting it through it’s paces by modelling a new part for his cable measuring system.
Hackspace regular Duncan was taking the chance to learn about FreeCAD, as well as working on resuscitating a flatscreen TV by replacing a number of bulging capacitors. Sadly not all of the capacitors needed were on hand, so the TV is still a work in progress but watch the blog for updates in the future.
Alan Wood was hard at work on some TVRRUG electronics sets, while a variety of other folks looked at projects including digitally controllable LED strips, resetting Bluetooth modules, servo controlled water valves, using a ‘Shrimp’ to control a row of (Cylon like) LEDs, and attempting to program a PIC from OSX. 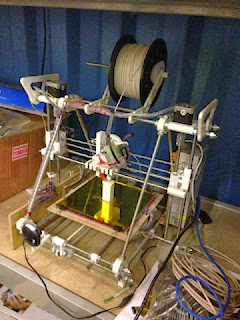 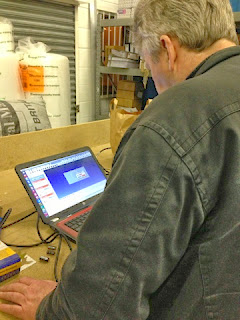 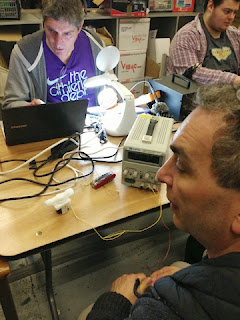