Popey turned up complete with his troublesome transport dashboard, he’s been having intermittent problems with it for some time so it was time to take it apart and see what was up. After a visual inspection we cleaned up a few solder joints and re-soldered a diode or two, now we are waiting to hear back to see if it makes an improvement, if not next we have to reflow one of the larger TQFP chips which we just weren’t brave enough to tackle on the first pass! 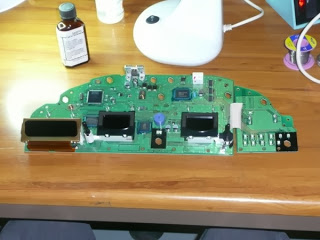 There was lots of other activity on various benches including 3D printer assembly and testing, paper  tracing and assembly of photo transistors for light switching and control. There was also some interesting 3D printing going on on the recently completed Round 3 TV RepRap’s this evening, Robin was printing some 3D two colour name badges which came out look really great, I see these being rather popular moving forward some even featured glow in the dark filament usage. Earlier in the day I had posted a request for help on a project that I am involved in called ColaLight SLK (Study Lighting Kit), this project is designing a low cost study lighting system for third world applications, to help displace kerosene as a primary lighting tool. The project is based around recycling local Cola bottles (prevalent pretty much everywhere) and using them to build very low cost off grid Pico lighting that conforms to Global lighting standards. 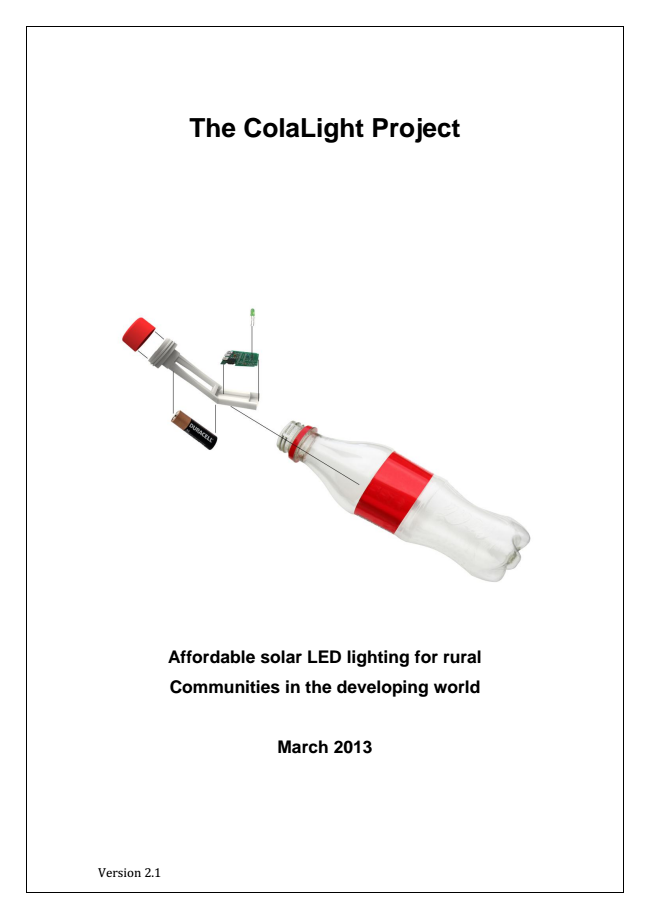 These raw recycled materials form the basis of the lighting enclosure and lens, but we are worried that our original design might not meet the drop tests among other things.

I figured it would be a great opportunity to challenge the folks at SHH with some of the issues we are having and get some of there renown brain power on the job. So armed with a few recycled cola bottles we started some frenetic discussion around some of the design issues we have faced, then individuals went of to draw up sketches and experiment with CAD programs to come up with suggestions to move the design forward. Overall the team came up with some excellent ideas and lots of things we hadn’t thought of previously including Matt’s design (in fact two folks had this same idea) which didn’t require cutting the bottle as shown below 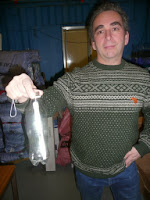 In addition we were entertained with a couple of Ukuleles (I learnt my first few chords, gah!.. ‘D’ is ‘G’ on a Ukulele), there was the regular healthy Woodies takeaway round and great company, dammit you should have been there…